Stupid fundraising copy changes that will cost you donations 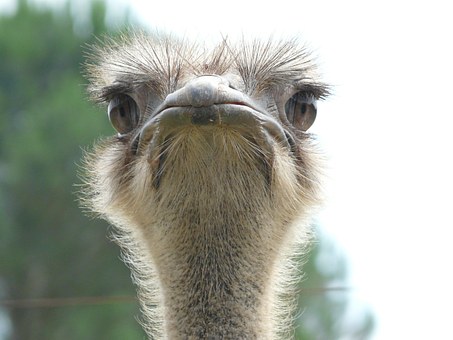 In speaking to a client post-tax appeal, I asked about one particular segment. I was interested in this segment because we’d produced a very strong direct mail pack for it with an offer tailored specifically to that group.

And it was sent out despite very strong internal opposition to the copy. In fact, the client told me they had the naysayers calling up to ask whether they were receiving any donations.

Because they hated the letter so much they couldn’t believe it would be effective.

Well, not only were they receiving donations… but they had:

I find this sort of scenario occurs quite often.

I can’t tell you the number of times a new client feels uncomfortable with (or hates) my copy for a fundraising appeal… which then goes on to raise more money than they ever have before.

Thank goodness the charity mentioned above stuck to their guns. Thankfully, they didn’t make changes to the copy that would have killed income and response… and make me look like the picture of the ostrich above.

Sometimes, when a client hates my copy (or has a CEO or Board member or some other influential person who does), they want to change all the things that make it work.

Here are the things they complain about or say.

1. It’s too emotional! You’re manipulating people. Take out all this hysterical stuff.

It’s supposed to be emotional – because people donate due to emotion. Not logic. That’s why we use stories, colour and quotes to grab the attention of donors.

Yes it is. But this is the way many people talk (including you if you could only hear yourself). That’s why it works. Because people can understand conversational language faster and more easily than formal language.

No it does not. Unless your CEO has the common touch with his language and speech and can explain the cause to a three-year-old. Sounding more like the CEO will kill your appeal.

4. Our donors are educated. They won’t respond to this.

Yes, they will. Even if donors are highly educated, it’s still easier for them to read and quickly grasp the conversational style of a direct mail letter.

Speed of comprehension is paramount in direct mail where you have literally seconds to get someone’s attention. In that time, you also need emotional connection or people won’t keep reading (hence point 1).

5. This is not a true picture of our work.

It is impossible to give anyone a true picture of your work in one direct mail letter. Instead you give donors a compelling view of one slice of your work. Of what they could achieve with their gift. This is not being misleading – it is showing off the best of your cause that is of interest to donors.

One could ask, do you REALLY want to give a true picture of your work? Will you then share all the mundane tasks, the internal politics, the inefficiency of staff you can’t get rid of, and the stuff that you’ve failed at?

I didn’t think so.

And donors don’t care anyway. Usually, all they want to know is “Why do you need my gift” and “What will you do with it?”

6. The formatting and underlining looks horrible and unprofessional.

Yes it does. So what? You raise more money when you have it. No point having an appeal that looks pretty and raises less or no money.

7. It’s too long. Nobody will read this.

Yes they will. A small proportion of donors will… and then donate. Quite a lot more will scan all those “horrible and unprofessional” headlines, subheads, phrases and asks that have been bolded and underlined… and then donate.

8. I don’t believe you. Where’s your evidence that this piece of crap works?

Okay, nobody has actually called my copy “a piece of crap” – or at least not to my face. Although I’d probably be quite amused if someone did.

But still, I occasionally get the attitude. The evidence is in the numerous successful appeals I’ve written with a significant lift in income and/ or response…

And the experience and testing conducted by other direct response writers and agencies both in the charity and commercial sector over decades.

9. Our donors are different. They won’t respond to this.

Yes they will. And where’s YOUR evidence for this… if you’ve never tried?