Fundraising when your cause is unsexy 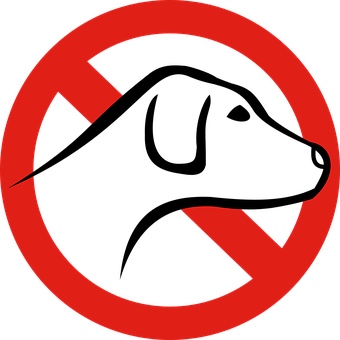 I’ve heard many a fundraiser bemoan the fact that they don’t do one of the three Cs.

Let’s face it, it’s easier to raise funds for these kinds of causes.

When your beneficiaries are not always blameless… or at least are not perceived to be blameless.

After all, cute animals and children are not usually to blame for the plight they find themselves in. And nobody gets blamed for having cancer (unless you’re really into paleo and believe anyone who eats meat is a cancer time bomb).

But consider comments like these that I’ve heard over the years:

“I don’t believe in helping mothers and kids with HIV in Africa because the world is overpopulated and these women shouldn’t keep having kids.”

“I won’t donate to an organisation that gives meals to children at school because that’s the parents’ job.”

“Why should I help prisoners? They’re the scum of the earth and they’ll never change.”

“I don’t believe that anyone can be poor in Australia. If you’re struggling, it’s your own fault and you should get a job.”

It’s hard when you have to fundraise for beneficiaries like these. When prospective donors believe the beneficiary is at fault. Sometimes, this is true and sometimes it’s not. Either way, the outcome is the same – it’s hard to raise money to help them.

It’s not impossible to fundraise for these causes. But you have to irrevocably overcome the prospective donor’s objection to giving.

This is where copywriting and creative becomes really important. This can’t be about “educating the donor”. The people who believe the kinds of statements outlined above already think they are well-educated. They believe they are smarter than you because they’ve worked out they shouldn’t give to these types of people.

In fact, if they feel that strongly about it, you probably will not convince them to donate. But remember this… they are not your donors anyway.

But among the general population you have many prospective givers who may have heard these kinds of arguments. Either they are rendered so exceedingly angry that you just need to present the case and they’ll give (I fall into this camp).

Others have these seeds of doubt lingering in the backs of their minds. It’s your job to show them (show NOT tell) either:

Why the perceived fault is incorrect.

Why they should help, in spite of the fault.

It’s not easy but here’s how you can do it.

2. You must connect the cause to the donor’s experience. That means showing the donor the experiences they may have in common with the beneficiary. Does the donor love her own children? Wouldn’t she be devastated to find out she’d passed on an incurable disease to her baby?

Or you contrast the donor’s experience with the beneficiary.

“When you were at school, your mum made you a packed lunch every day. And perhaps on Friday, you were allowed a treat from the school canteen.

“But for 10-year-old Mary, her drug-affected mother has passed out from her latest drinking session. She’s unable to even say goodbye as Mary leaves for school, let alone make a school lunch.”

4. You must directly address the objection to donating.

“Sadly, some people mistakenly believe the problem of HIV in children is a matter of birth control and abstaining from having children. But that is not the case because…”

Then address the objection.

This has two effects. Simply by stating the objection, one camp of donors immediately responds in outrage.

“Really? Some people believe that little kids, through no fault of their own, should have to suffer simply because a middle-aged man infected his child bride with HIV, who then passed on the disease to her baby? Show me where I donate!”

The other effect is that you speak to those donors who partially believe those objections. You show them why the objection is incorrect. You also show that you’re being upfront and have nothing to hide.

One last thing. If your cause addresses an issue that polarises people, then accept you will get complaints. Just put in place the processes you need to deal with those complaints. As I mentioned earlier, there will be some people who you will never convince no matter how-well reasoned are your arguments or how compelling and emotional a true story you tell.

But that should not stop you from connecting and communicating with YOUR loyal group of supporters who WILL donate. If you ask them to.